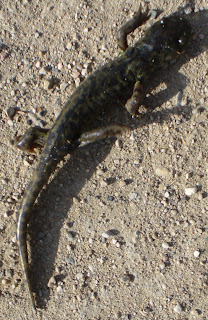 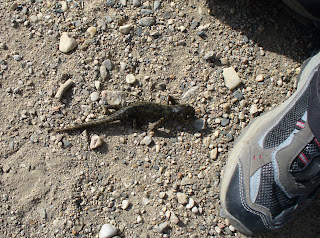 This pic is for perspective. The shoes belong to my 12 yr old. So really, the salamander isn't that big.
Are there salamanders where you live? What colour? (Emma encounters a gray one.)
Posted by Anita Mae Draper at 11:22:00 AM