I'm back from my annual writing retreat at St. Peter's College and feeling great! I got so much done while at the monastery and want to share my joyful feelings, so I'm giving away a new copy of Jillian Hart's Love Inspired The Soldier's Holiday Vow. Yes, the book was released in Dec 2009 but the one I'm giving away has never been read.

I want to make this a fun contest which involves both writers and readers.

Last week, my son and I had a bit of excitement when we found what we thought was 100 sticks of dynamite on the side of the road. Well, it wasn't dynamite but an empty U.S. fireworks container. The thing is, it could have been a dangerous situation.


One of the readers of my blog over at eHarlequin mentioned something about possible terrorists planning a raid at the G8/G20 summit in Toronto.
My theory is that it was left as part of an exercise by the Royal Canadian Mounted Police (RCMP) Training Academy which is in Regina, close to where I found the item.


Now it's your turn. Leave a comment on this post between now and midnight June 30th for your name in the draw.
You'll get your name thrown in again, every time you play this 'Who, What, Why' game:


That means, you don't need to answer in the above format if you don't want to, but if you do, you'll get an extra chance at winning the book.
I'll make the draw on Canada Day, July 1st. 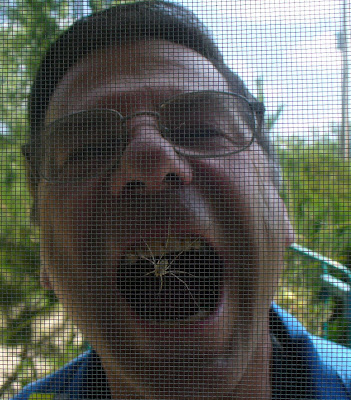 I love the way you create laughter in our family. I couldn't have picked a better man to be the father of my children.

Yesterday's post was about a box of tubes which looked a lot like dynamite sticks taped together. 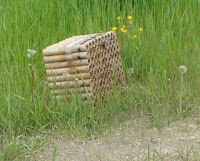 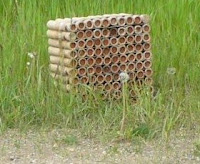 Well, I received a call from the RCMP and it wasn't dynamite.
The Mountie said I'd found an empty United States fireworks container.
Which means it was just litter and no danger at all. Still, I'm glad I didn't satisfy my curiousity and look behind it for fuses.
Kind of anti-climatic, isn't it?
Posted by Anita Mae Draper at 10:19:00 AM 3 comments: 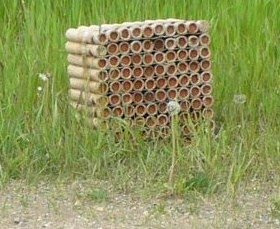 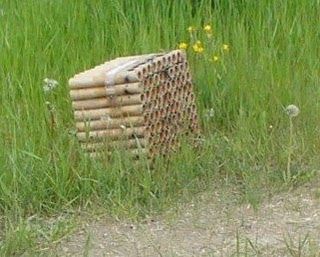 I looked in my side-view mirror as I drove away… the Mountie was roughly 50 ft from the dynamite, on the far side of the road, standing on his tippy toes to get a good look.
Have you ever passed something weird or suspicious on the side of the road? Did you stop to check it out?
Posted by Anita Mae Draper at 2:12:00 AM 4 comments:

I'm blogging about Summer Fun over at Inkwell Inspirations and I've posted a whole bunch of photos to show how much fun we have during the summer here at the farm. 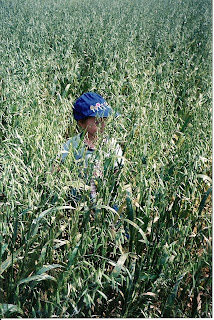 The photos include:
- showing the proper technique for jumping out of the hayloft
- how to hang from the rafter

- and paddle boating on our dugout


So if you have a few minutes, maybe mosey on over and have a laugh or two. And here's a photo if you don't have time to visit the Inkwell today. No wonder I lose my kids all the time. LOL

For my question of the day, I'm asking if anyone can relate to any of the photos. It sure would be nice if you share your memories.
Posted by Anita Mae Draper at 1:02:00 AM 2 comments: