It Can't Be June!

I've been remiss! On Tuesday I blogged at the Inkwell about a fascinating 19th century Mission Coffee House which served the area near Blackwell's Island in Yew York and I forgot to mention it here. Eeps! 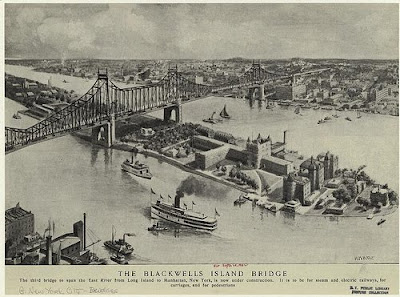 ﻿﻿
It's now known as Roosevelt Island.
﻿ 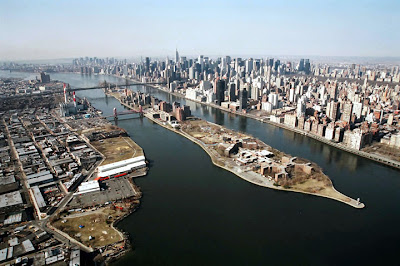 Opened in 1856, a smallpox hospital on the southern tip of Blackwell's Island was part of a multitude of public institutions to care for New York City's unfortunate and destitute.

This 2002 photo shows the roofless Renwick Ruins. There are trees growing inside as well as around the abandoned hospital.﻿
﻿ 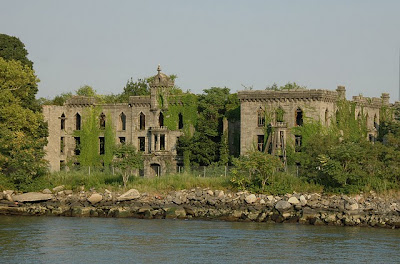 An ongoing restoration and stabilization effort is in place. Here, the stones of the former smallpox hospital on Roosevelt Island are being removed and numbered.  The building will be put back together again at a later date.

It seems the restoration of the Renwick smallpox hospital is a mystery at the moment. A high fence has been placed across the south point of Roosevelt Island and signage advise it's because of heavy equipment used while Southpoint Park and the FDR memorial are under construction. All historic tours to the Renwick Small Pox Hospital Ruins have been discontinued and no one knows when construction will be complete. I considered taking New York's only tram and visiting Roosevelt Island while there at the end of June, but if I can't even photograph the ruins, I'll probably head over to the Statue of Liberty or something.

Meanwhile last week here at home, the prairie finally dried up enough for the farmers to start the planting season. But then it started raining again and now the water is almost as high as when we had the spring flood. Check this photo out and see how the water is trying to cross the road again: 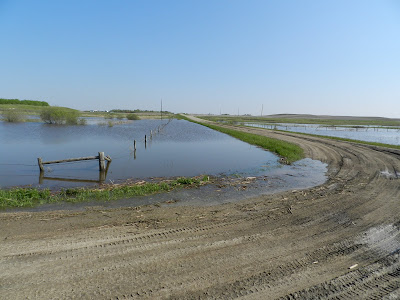 ﻿﻿
But as you see, Wed was sunny and warm so the prairie will start drying out - again. It sure is nice to see green grass and leaves once more.


If you had a chance to go to New York City and could only go to one 'tourist attraction', which one would it be?
Photo Credits:
http://www.artificialowl.net/
http://rooseveltisland360.blogspot.com/
Posted by Anita Mae Draper at 11:46:00 PM