I'm back from the Romance Writers of America (RWA) conference in New York City and am blogging today with a post, Anita Mae At RWA in New York  over at the Inkwell Inspirations blog. 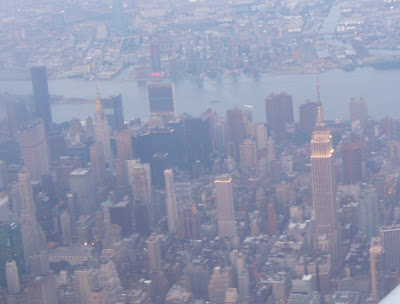 This was my first view of New York after breaking through the clouds. You can see the lighted Empire State Building on the right and the Chrysler Building on the left at the southern tip of Roosevelt Island which I blogged about in my Inkwell post  19th Century Mission Coffee House and my post here called,  It Can't Be June.


While flying, I'm not usually scared of the landings, but I did fret a bit when we seemed to be heading right for the Hudson River as we headed down to LaGuardia Airport. I mean, I've heard several news stories of planes crashing into the Hudson River and it seemed we were taking the plunge as well except no one else on board seemed concerned. Why didn't anyone tell me the runways were on the water?

Another misconception of mine was Times Square. I've seen the huge New Year's Eve ball drop on many holiday occasions and knew Times Square to be a location in New York. What I didn't know was that Times Square isn't one intersection in the city, but an area several blocks long. 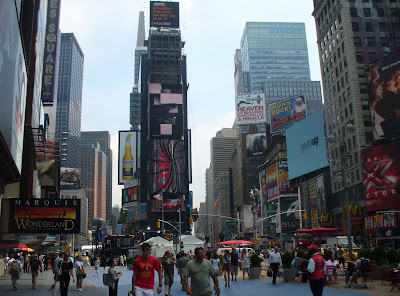 This photo is of the northern end of Times Square. On the other side of the white tents is a stage where they were readying the display for the Transformers Premiere which took place later that evening. 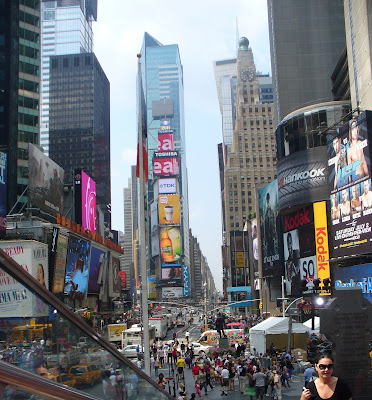 And this is a photo of Times Square looking south. It's the one with the huge New Year's Eve ball drop as shown below: 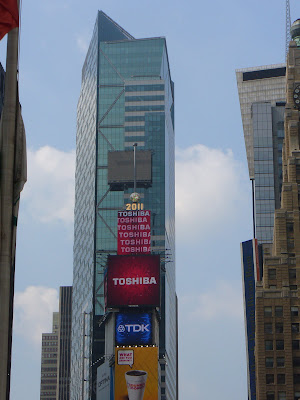 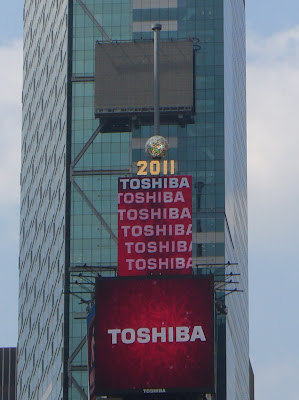 I've added 2 photos to show the Ball Drop because althought it's big, it doesn't look big among all the electronic billboards that light the night below it. 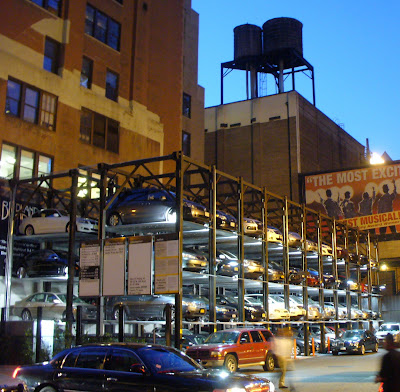 This is one of the sights that caught my eye. I call it a vertical parking lot although I'm sure it has a more official name. And then at the top is two towers which I'm guessing are for water. I asked the hotel housekeeping staff, but even she didn't know what it was for. There's one on almost every roof top, though. Anyone know what it is? 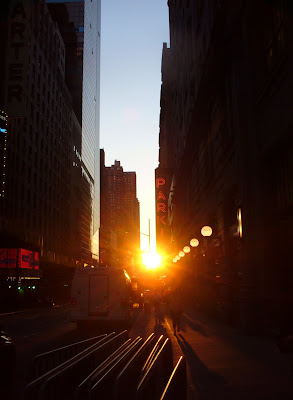 I really missed being able to see the sunrise and sunset while in New York and then one evening as I walked west along a street, the setting sun kissed my face. 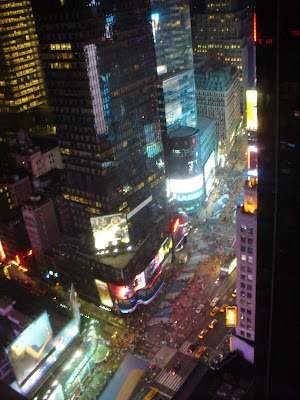 I loved the view from my room on the 38th floor. So many things to see.

After the Rita and Golden Heart Gala Award Show, we went to the top floor of the Marriott Marquis for a revolution while enjoying the view. It wasn't the outside view that caught my attention but the inside one. Take a look at this delectable chocolate fountain:

More photos on the way.