My son was a 3 yr old the last time we flooded but doesn't remember the water. Since he's fascinated by it and keeps running out to look at it, I gave him my camera this morning and said to take shots of whatever caught his fancy. Just make sure he took pics of the road. I showed him yesterday's photo and said to make sure the photo's not all sky. We do live on the prairies, after all. These are the pics he took:

This is the pasture behind our house (on the left). Usually, you'll see land and a dugout but at the moment it's hard to see where the dugout starts and stops. 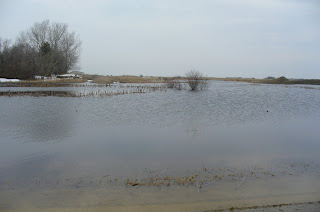 The road heading north. It looks like the water is holding back for now. 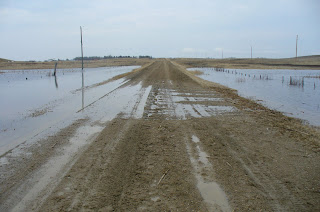 JJ's close up of the road. I wonder what caught his eye... 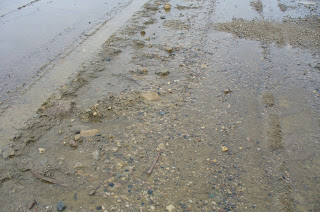 Ah - so this is the chattering I've been hearing all morning. The blackbirds are back. 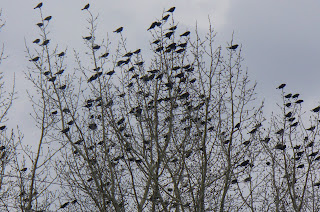 That's all the pics I have today. In other news, the plug hubby put in the basement is still holding although we're to check it every few hours which we'll do before we head into the city today for music lessons.

During the last flood, we were about to leave the city when hubby phoned us to stay in town since the road was under water. He doesn't think it'll be a problem this year.

Jessica says I shouldn't bring an overnight bag because that will seem like I'm expecting the worst.

I like to be prepared and usually when I am, I didn't need to be after the fact.